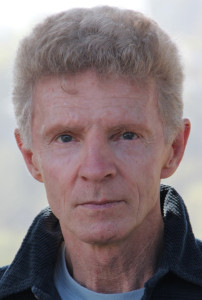 FIRST he wrote the best-selling book.

THEN came the Oscar ® winning movie.

NOW, in this “engrossing” “spellbinding” one man show, Billy recounts the true story of his time in Turkish prisons and his brazen, harrowing escape. It’s an epic journey of self-discovery, a cautionary, yet uplifting tale of desperation, determination and personal transformation.

Hayes was arrested at the Istanbul airport in 1970 with two kilos of hashish taped to his body. The Turkish High Court sentenced him to life in prison. Five years later, Billy escaped from Imrali Island prison in the dead of night – rowing 17 miles across the Sea of Marmara in a raging storm.

On his return to the US, Hayes wrote Midnight Express. Published in 18 languages, the book was an instant best-seller.
When the iconic film was released in 1978, Billy Hayes became a mythical figure – a modern-day Billy The Kid. 36 years later,
he remains a cultural anti-hero known throughout the world.

If you’ve seen the movie, you might think you know Billy’s story. But you probably don’t. Midnight Express didn’t win any
Oscars® for factual accuracy. While the film was about prison – a chilling exploration of the depths of incarceration in a
foreign land – Riding the Midnight Express with Billy Hayes is about the prisoner. It’s an intimate, gripping memoir that can only be told by the man who lived it.

Riding the Midnight Express with Billy Hayes had its world premiere at the Edinburgh Fringe Festival in August 2013 with a return engagement at the Fringe in 2014. The show has had two critically acclaimed runs Off Broadway and toured the world from London’s Soho Theatre to Melbourne, Australia. In April 2017, it played to sold-out audiences in Beirut, Lebanon and additional Middle East are being planned. The July Los Angeles Premiere is the latest in its ongoing string of US performances.

BILLY HAYES – Since publishing his best-selling book, Midnight Express, BILLY HAYES has had an extensive career as an actor, director, screenwriter and public speaker. His second book, Midnight Return, explores his life after prison and the parallel lives of those he left behind. Completing the trilogy in early 2013, Hayes published The Midnight Express Letters: From a Turkish Prison 1970-1975.

Hayes has written and directed several plays including Cock & Bull Story, which received the 1992 L.A. Drama Critics Circle, L.A. Weekly, and Drama-Logue awards. He then wrote and directed the film version which had a vibrant life on the festival circuit. He directed the Amnesty International production of William Inge’s award-winning The Last Pad in Los Angeles. Hayes adapted the prison drama The Cage for an all-female cast in New York City and performed in it himself in LA at the original Odyssey Theatre. His direction of Washington Square Moves earned the 1993 LA Weekly Production of the Year award. He also staged the critically acclaimed Break of Day at the Lillian Theatre. In 2006 Hayes received the LA Weekly Best Actor Award for his performance in the one-act play, Shuffle, Shuffle, Step, a tribute to Samuel Becket. He is a member of the Actors’ Studio West Playwright/Director Unit.

Hayes has written the screenplays, Pamplona and Kauai.

His TV credits include directing episodes of the series Copper as well as developing and co-producing the CBS TV movie, The Bachelor’s Baby, starring Scott Bakula.

Billy’s desire to tell his own story and to correct the misconceptions created by the highly fictionalized motion picture version of Midnight Express led him to write his one-man show, Riding the Midnight Express with Billy Hayes. The work attracted producer Barbara Ligeti, who stepped in to guide the development, taking the show to the Edinburgh Fringe Festival in 2013. The rest is history.

Hayes continues to work to correct the negative images of Turkey and the Turkish people created when the film was released. In 2007, he was invited back to Turkey to speak to a convention of law enforcement officials. In 2014, during the Off- Broadway run of Riding the Midnight Express with Billy Hayes at the Barrow Street Theatre, the Consul General of Turkey invited Hayes to raise the Turkish flag over Wall Street, in honor of the anniversary of the founding of the modern day Turkish Republic. His life-long journey had finally come full-circle.

A documentary, Midnight Return – The Story of Billy Hayes and Turkey has recently been released and is playing to enthusiastic audiences on the festival circuit.

Hayes credits the Yoga he has practiced every day since he was incarcerated with getting him through the hard times and keeping him centered. Billy met his wife, Wendy West, at the Cannes Film Festival when Midnight Express premiered there in 1978. They’ve been married since 1980 and currently live in Las Vegas.

BARBARA LIGETI (Producer), longtime producer in all media, approached Billy Hayes, author of 1976 best selling book Midnight Express which seeded the Academy Award™ winning movie of the same name, to finally tell his true story as a one man show on stage, premiering at the Edinburgh Fringe Festival in August of 2013. She developed the show, Riding the Midnight Express with Billy Hayes at the Blank Theatre in Hollywood. Since then Billy has traveled the world – from Melbourne, Australia, to Beirut, Lebanon, with this highly acclaimed autobiographical theatre piece – a hit everywhere – including London’s West End and off-Broadway in New York City – for two runs – at St. Lukes Theater in midtown, and more recently at the highly regarded Barrow Street Theatre in the West Village.

Over the years Ligeti has served on boards including the New York State and City Film, Television, and Theatre Advisory Boards, the Vietnam Veteran’s Ensemble Theatre Company (VETCO), the Steppenwolf Theatre Company in Chicago, the Blank Theatre, and LA based Movement for Autism.

Today she is bi-coastal, producing, coaching and consulting in both show business and in the wellness world. Visit barbaraligeti.com.

JEFFREY ALTSHULER (Director) has produced and directed hundreds of television commercials, as well as videos, internet product, prime time television documentaries and independent film. He has also written several screenplays, including the recently completed Do You Sincerely Want to be Rich, the true story of one the greatest financial scandals of the 20th Century. Altshuler was co-founder and Managing Director of Scenario: The Magazine of Screenwriting Art. He developed, produced and directed the digital publication, OnWritingONLINE, for the Writers Guild of America, East. With partner, Barbara Ligeti, Altshuler produced the independent film, Tiara Tango, which aired on Lifetime TV as Forever Fabulous. His theater credits include the Off-Broadway productions of Martin Fox’s Office Murders and Two-Handers, which was staged at the Blank Theater in Hollywood. Riding the Midnight Express with Billy Hayes is Altshuler’s own “journey of self-discovery,” traveling the world while directing it for the stage.